Virtual WiFi was updated to version 3.1.9

Unfortunately, general compatibility with Windows XP was removed due to the fact that some functionalities would require particularly implementation for this OS. Additionally, the WLAN driver for this version of Windows cannot be found on the official pages or downloaded as an update.

Next version of Virtual WiFi (Router) is going to bring new features such as: history log of the connected clients, possibility to set the default gateway of the IP used to create hotspots, option to prevent the computer going into standby or shutdown while a hotspot is activated, possibility to set the refresh rates of the program accordingly with your system hardware capabilities, possibility to automatically stop an activated hotspot if there is no device connected for a specified time period, and possibly others. 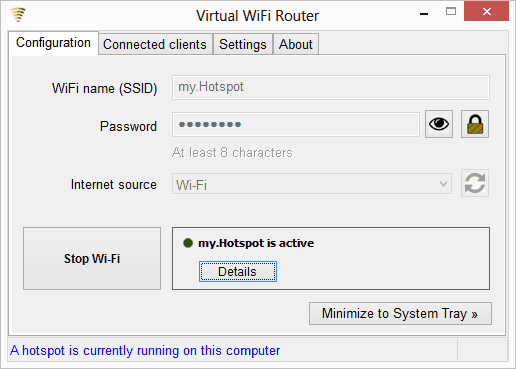 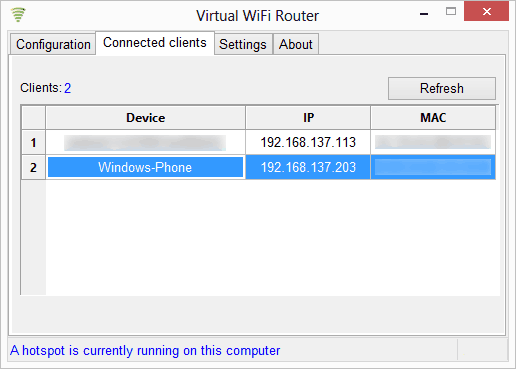 Virtual WiFi now displays the name of the connected devices

User guide: how to use Virtual WiFi (Router)

By continuing to use this site you consent to the use of cookies on your device as described in the cookie policy unless you have disabled them. You can change your cookie settings at any time but parts of this site will not function correctly without them.